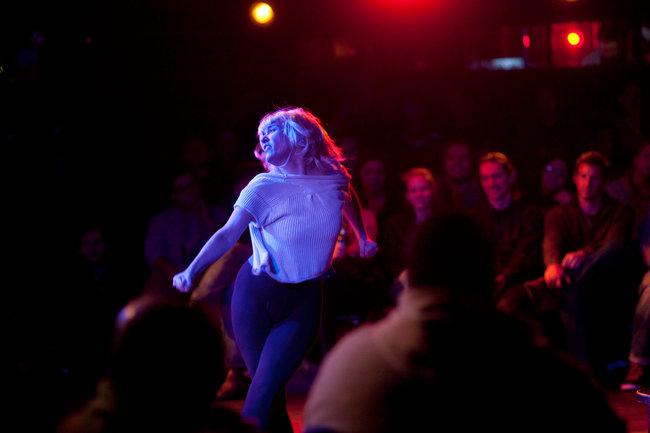 Kate Hess is a comedy writer & sketch performer at UCB Theatre in Los Angeles! The picture above is Kate performing on her Maude team (UCB's house sketch teams) and it was in the New York Times!!! THE NEW YORK TIMES!

Check out "Glitzy Babes" and "No Uglies" written by Kate Hess on Funny or Die
http://www.funnyordie.com/katehess

Full article is here including an interview!

Kate Hess was raised on an island in the Pacific Northwest but possesses none of the interest in the outdoors that such an upbringing would suggest. She prefers to stay inside with her true loves; television costume dramas, mystery novels, and talking in funny voices. In 2012 these loves combined when she created her one lady Masterpiece Theatre parody Murder Abbey which ran at the UCB in N.Y. and L.A.

Murder Abbey was named one of the top Downton Abbey parodies in The Daily Beast and called a "cri-de-coeur" by June Thomas of Slate. Murder Abbey was recommended by WhereLA Magazine, LAI'mYours.com, LAist, The New York Times and Time Out New York. In New York she was a member of the UCB Maude team Neighbor Boy and also wrote and starred in the The Palin Family All Star Revue and Election Spectacular and We Kate Shelly which Time Out NY called "silly, adroit and unique all at once". She has also performed in Gravid Water with Jason Sudeikis and Scott Adsit. She trained in long form improvisation at UCB and studied acting at the Webber Douglas Academy of Dramatic Art in London.

Her videos have appeared on Funny or Die, College Humor and Channel 101. In 2010 her lifelong dream came true when she appeared on Law and Order: SVU with Ice-T (and met Coco!!!). She's also appeared in a Comedy Central promo with Mike Birbiglia, on the sitcom Love, Inc. and in Children's Hospital.
Pease visit her on twitter @kate_hess because she is obsessed with it. 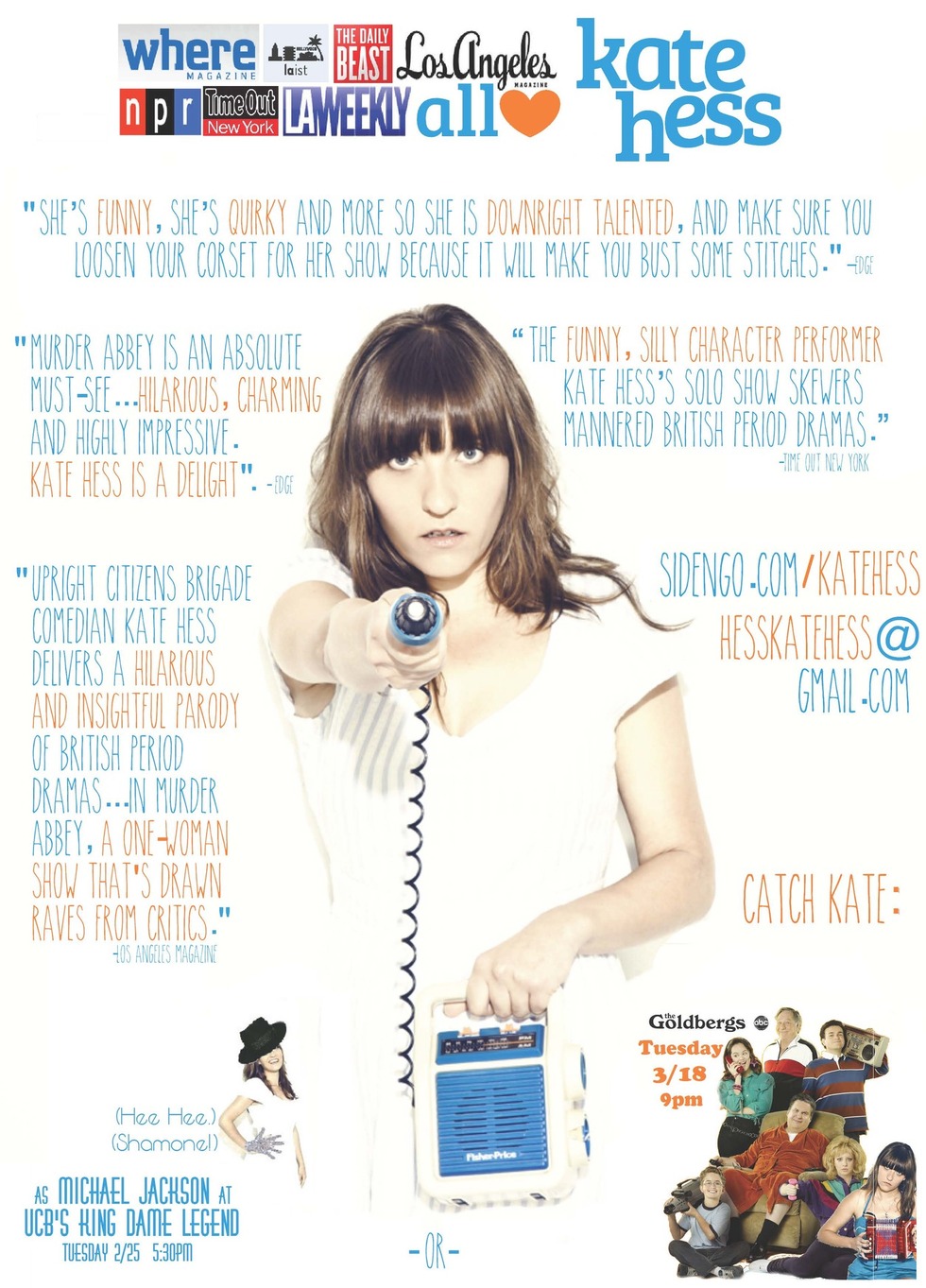 "She’s funny, she’s quirky and more so she is downright talented, and make sure you loosen your corset for her show because it will make you bust some stitches.

"Murder Abbey" is an absolute must-see, it is hilarious, charming and highly impressive. Kate Hess is a delight to watch and you definitely need to take a trip to the English countryside to see her... especially since murder is on the menu. - Edge Los Angeles

"Hold on to your petticoat for a loving takedown of Masterpiece-esque dramas. UCB's Kate Hess writes and performs in this solo show, set in a Downton Abbey-like estate, as the costumed comedian desconstructs a metric ton of TV tropes and Britishisms." - Time Out Los Angeles

"Silly, adroit and unique all at once" --Time Out New York

Murder Abbey was named one of the "Six Best Downton Abbey Spoofs" by The Daily Beast alongside SNL's "Fancy Entourage" and Jimmy Fallons "Downton Sixby" Full article is here including an interview!